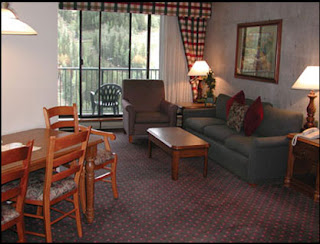 I have had my Snowbird timeshare up for sale for 4 years. Yes, 4 years. I really, really need to get rid of it. It is such a financial burden on our little family. So, I'm pleading for your help to find somebody who would like this timeshare. It's absolutely beautiful up at Snowbird. The room sleeps 4 and has a kitchenette. It's on the 9th floor facing the slopes, so you get an amazing view of the resort. Also, it is still ski season the week we have it. 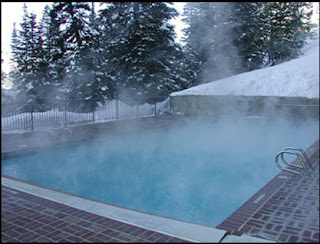 You get to enjoy a heated outdoor pool, dry and wet sauna, steam room, and exercise room at no cost. There's nothing like swimming outside with snow around you. It's so much fun up there. The week usually ends up being the last of April/first of May. Please let me know if any of you are interested in this. The cost for the entire week is $500. If you would like to take over the deed, which I would love, we can work out a great deal. I'll even pay all closing costs. 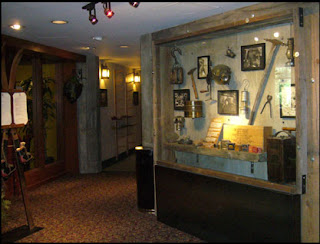 Posted by Hone Family as in Ryan and Ashley at 9:45 AM 1 comment:

As I sit here alone tonight I've had some time to reflect on what happened to our nation 8 years ago today. Here's my account of what happened. Monday, September 10, 2001, I was at work taking care of people with Alzheimer's. My dad called my cell phone, which was a little unusual. He knew I was at work, so I was surprised he was calling. I thought that maybe something was wrong. I answered the phone and heard my dad calmly tell me that my friend had been cliff jumping, jumped off a cliff and he had not been seen since. Holding onto hope for a small moment, I thought maybe he was joking. There's no way my friend was dead, they just hadn't looked in the right places yet. I called some mutual friends and quickly realized the truth. We had all lost a very good person. My boss let me leave work since I was a complete mess. I couldn't hold it together for longer than 5 minutes. That evening I went up Provo Canyon with friends and celebrated a life we would all miss. We prayed around the campfire that our friend's body would be found. I felt I couldn't drive home that night because I was just too upset. I ended up staying at Jesse and Tina's apartment in Orem. I'm surprised I fell asleep that night. I think I only slept for about 3 hours before I woke up around 6:00 a.m. (maybe later, I can't really remember) and decided to drive home. I was in a complete haze as I drove and I think I just had the radio on to keep me company. I remember very clearly where I was when the radio show started to sound panicked about what was going on in New York. I was right in front of Mt. Loafer Elementary School in Salem. I listened in complete shock. I could not believe what was going on. I remember arriving home to my parents standing on the stairs also in complete shock. How could this be happening? It was my little brother's 6th birthday and although I knew he had no idea what was actually happening, he would soon learn he shared his birthday with a great tragedy. I took a shower and then decided to go to school at UVSC. I knew I wouldn't be able to focus, but I also knew it was better to be doing something to attempt to keep my mind occupied. I remember walking down the halls and seeing just masses of people crowding the halls in front of the TV screens watching what was going on. I believe I started crying at that moment. I have never felt like our nation was as unified as it was that day. We were not different colors or cultures, but we were all Americans. I learned later that day that my friend's body was found in the lake they were diving in. They had actually found it Monday night and planned on flying it home on Tuesday morning (September 11, 2001). Obviously the entire world shut down for a while. No flights in or out of anywhere. Therefore they could not fly his body from Arizona to Utah. It was heartbreaking. That week was very hard for me. I believe on Wednesday night I went to my friend's parent's house with a white rose in hand and dropped it on the doorstep in front of his crying mother. I was so glad I could let her know I was grieving her son and that he was not forgotten in the midst of one the nation's greatest tragedies. It will be a week that will always be remembered and never forgotten. What a huge impact that one week had in my life.

Where were you? What do you remember from that day?
Posted by Hone Family as in Ryan and Ashley at 9:09 PM 2 comments:

Today is my 27th birthday. Sigh. I don't love getting older, but I guess that's life right? Last night Ryan surprised me by taking me to dinner at The Foundry Grill up at Sundance and then we rode the lift and enjoyed the beauty of Sundance. We even spotted some wild turkeys and also a mom deer with her baby, who still had some spots so he was just a new guy. It was absolutely wonderful. After we rode the lift we went to the Rocky Mountain Chocolate Factory for some all-time goodness. I ate sweets until I was ready to puke. I still have my mint truffle to enjoy today. Yeah! Thank you Ryan for a most wonderful evening!

Well, there's more to come. Tonight I have a family party to celebrate my birthday and 2 of my brothers birthdays. Yes, 3 of us were born within 9 days of each other. What were my parents thinking?
Posted by Hone Family as in Ryan and Ashley at 7:28 AM 13 comments: