The Death of Thomas Turkee

This is a real live dictation I got today while working. I was honestly laughing so hard I didn't know if I would make it through it, but eventually I did. I told my boss I was amazed they were actually paying me to type such a report. Happy Thanksgiving!

CLINICAL SUMMARY
This patient who has been cared for in the past at the regional Veterans Administration Hospital was brought to our emergency room by a representative of the disabled veterans for alleged service-connected disability. It was subsequently learned secondary to investigation by the admitting doctor that the patient had been dishonorably discharged and was not eligible for veteran’s benefits and could not be transferred and was without coverage. However, continued hospitalization was required on an emergency basis for complaints of increasing abdominal girth. The patient was unable to give any intelligible history due to his chronically altered mental status and no information accompanied him.

PAST MEDICAL HISTORY
The past medical history is significant in that the patient has been hospitalized numerous times to psychiatric wards for complaints of aggressive behavior stemming from excessive deep-seeded hatred of pilgrims. There was a questionable hypersensitivity reaction to cranberry products.

PHYSICAL EXAMINATION ON ADMISSION
GENERAL: The patient is unusually short, moderately obese, alert male in no acute distress. There are hemiballismic contractions of the neck musculature in response to auditory and visual stimulation giving a jerking appearance of the head movement.
HEENT: Examination reveals microcephaly with no evidence of recent trauma. The patient is edentulous with a protruding keratinized maxillomandibular deformity. There is an erythematous, nontender skin fold originating from the external nares dangling off to the right. The tongue and syrinx are midline. There is no adenopathy or gizzardomegaly.
CHEST: The chest expansion is symmetrical with increased AP diameter and pectus excavatum. The grizzle was mobile and palpated to 4 cm without tenderness. The breast examination reveals adequate white meat.
ABDOMEN: The patient was extremely uncooperative for the abdominal and rectal examinations; however a stool sample is slightly gray, negative for occult blood and easily obtained.
GENITALIA: Genitalia are compatible with “Butterballs.” Chronic scaling skin changes are evidenced symmetrically in the lower extremities with no edema or phlebitis.
NEUROLOGIC: Neurologic examination is remarkable in that the patient has a global aphasia and is only able to produce guttural sounds, otherwise, there are no vocal signs.

HOSPITAL COURSE
The patient was admitted to a general medical ward for observation where continued incontinence of acholic stool was reported by the nursing staff. This was confirmed by the ward teams shoe scrapings. He was placed on an 1800 calorie regular diet with seeds p.o. p.r.n. for supplemental caloric intake and roughage. The routine screening laboratory studies included a CBC, chemistry panel, and urinalysis, all of which were normal except for the blood alcohol, which was greater than 400 mg percent. This was considered normal in this group. A serum immunoelectrophoresis reported an elevated gamma gobble. Goomboscopy was performed and a punch biopsy was attempted with a sterile stainless steel straw after local Xylocaine infiltration. Electron microscopy of the sample confirmed turkee in the straw. Culture and sensitivity studies demonstrate poor taste and a total lack of empathy.

As the aforementioned medical approach failed to disclose a definite diagnosis, the patient was transferred to the surgical service and surgical consultation obtained for exploratory laparotomy. Following routine surgical pluck, a wide paramidline incision was made with a Bird-Parker #11 blade exposing a large mass of thick amorphous material which was drained from the abdominal cavity. Giblets were observed grossly.

Postoperatively the patient was taken to the surgical expensive care unit and placed on a bird respirator for a short time. The remainder of the postoperative course was remarkable only that the patient was found dead in bed by the medical student. As fowl play is suspected, a postmortem examination will be performed by the dietician and following this, the body will be cremated. The results will be ready by the next to last Thursday in November.

Posted by Hone Family as in Ryan and Ashley at 10:07 AM 4 comments:

Dr. Pepper is giving away free 20-ounce bottles of soda. All you have to do is go here, register and they will send you a coupon for a free drink! I love Dr. Pepper! Hurry fast though, this is only good on Sunday, November 23 until 10:00 p.m. Utah time.
Posted by Hone Family as in Ryan and Ashley at 1:05 PM No comments: 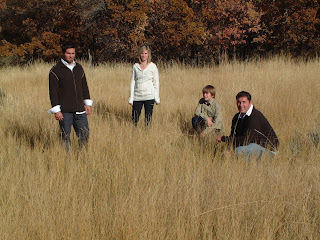 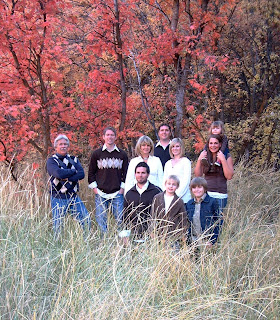 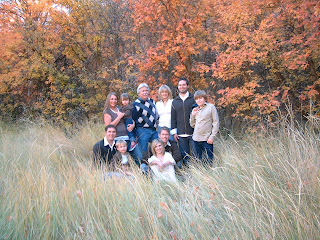 We recently had our family pictures taken. We haven't had family pictures done since my wedding, almost 4 years ago! We were in much need of some new photos. There you go, Dunn family in all their glory.....

Posted by Hone Family as in Ryan and Ashley at 4:24 PM 6 comments: